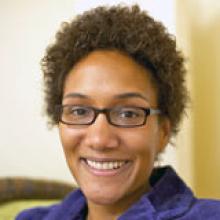 Emily Greenwood studied Classics at Cambridge University, where she gained her BA, MPhil, and PhD degrees. After finishing her PhD she was a research fellow at St Catharine’s College, Cambridge (2000–2002), before joining the department of Classics at the University of St Andrews where she was lecturer in Greek from 2002–2008.

She is currently writing a book entitled Classics: a Beginner’s Guide, for Oneworld Publications. Her research interests include ancient Greek historiography, Greek prose literature of the fifth and fourth centuries BCE, twentieth century classical receptions (especially uses of Classics in Africa, Britain, the Caribbean, and Greece), Classics and Postcolonialism, and the theory and practice of translating the ‘classics’ of Greek and Roman literature. She is more than happy to talk to students who are interested in working in any of these areas.

■‘Shades of Rome in the Poetry of Derek Walcott’, in Living Classics: Greece and Rome in Contemporary Poetry in English, edited by Stephen Harrison. Oxford University Press, 2009 (pp. 255-74)

■‘Fictions of Dialogue in Thucydides’, in The end of Ancient Dialogue?, edited by Simon Goldhill. Cambridge University Press, 2008 (pp. 15-28)