Erica Edwards – “The Other Side of Terror: On the Imperial Grammars of Blackness” 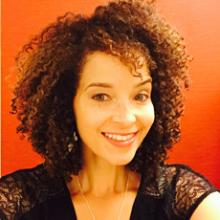 Erica R. Edwards is Associate Professor of English at the University of California, Riverside and the author of Charisma and the Fictions of Black Leadership (University of Minnesota Press, 2012), which was awarded the Modern Language Association’s William Sanders Scarborough Prize.   Her work on African American literature, politics, and gender critique has appeared in journals such as differences, Callaloo, American Quarterly, American Literary History, and Black Camera.  She is currently at work on a book about African American literature and the War on Terror.