Phoenix Alexander: “Octavia Butler and the Arichive at the End of the World” 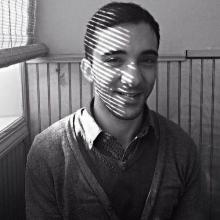 Phoenix Alexander, a fourth-year Ph.D. candidate in English and African American Studies, will present his work-in-progress, “Octavia Butler and the Archive at the End of the World,” in this first semester event sponsored by The Literature, Arts, & Environment Colloquium.

Alexander says that Octavia Butler’s voluminous archive pays testament to a lifelong commitment to scrutinizing the world around her. Comprising over 300 boxes, Butler’s collected documents include newspaper clippings on science and technology stories, photographs, notes, letters and manuscript drafts. Her notes reveal a keen and early awareness of the threat posed by climate change in particular: a concern dramatized in the two novels comprising her Parable series.

This talk will read such archival documents alongside Butler’s Parable of the Sower and Parable of the Talents as novels of a genre in which ‘geographies of the everyday … are expressed in a medium that can take on difference’: visionary works (after adrienne maree brown and Walidah Imarisha) that, far from being straightforwardly prophetic, reveal a complex relationship between social change and black women’s archival practice, and model ethical and methodological approaches to the issues we face in the 21st century.