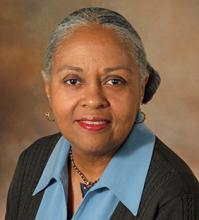 Vera Wells ’71 B.A. will join President Peter Salovey on Monday, Feb. 20 in in a conversation open to members of the Yale community. The discussion is part of the President’s Women of Yale Lecture Series.

Wells, a member of the first Yale College graduating class to include women, went on to study organization management at Harvard’s John F. Kennedy School of Government; consulted on education programs and conducted field research in Africa in the 1970s for international development projects; and spent 20 years as an executive at the National Broadcasting Company (NBC).

As an undergraduate, Wells was instrumental in the creation of a residential college seminar for which Sylvia Ardyn Boone — an eminent scholar of African and women’s art — was first recruited to teach at Yale. Wells and Boone, who would later be the first black woman granted tenure at Yale, then collaborated to organize the “Chubb Conference on the Black Woman,” which brought Maya Angelou, Gwendolyn Brooks, John Henrik Clarke, and Shirley Graham DuBois to campus in December 1970. As director of the Sylvia Ardyn Boone Memorial Project, Wells oversees and provides funding for a number of initiatives that honor her longtime faculty mentor.