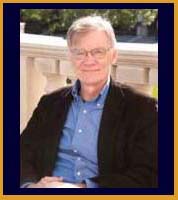 David W. Blight has been awarded the 2019 Putlizer Prize for his widely acclaimed  biography, Frederick Douglass: Prophet of Freedom.” Blight’s book was lauded for being “a breathtaking history that demonstrates the scope of Frederick Douglass’’ influence through deep research on his writings, his intellectual evolution and his relationships.”