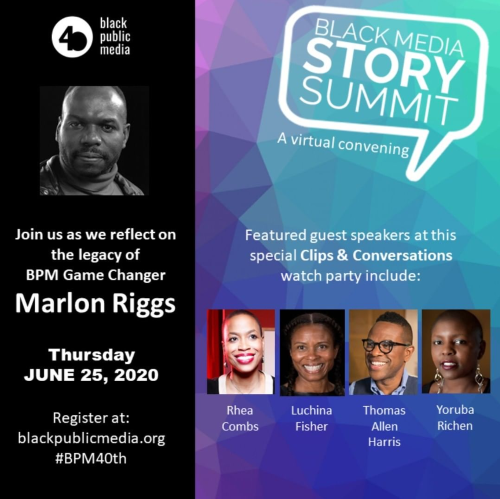 Between 1987 and 1995, public television released four independent documentaries by filmmaker Marlon Riggs: Tongues Untied, Black Is … Black Ain’t , Color Adjustment, and Ethnic Notions. These films brought a fresh voice to public media and paved the way for a new generation of African American and LGBTQ+ filmmakers to share their stories. During this conversation, we not only look back at his work, but examine how Riggs’ influence continues to inspire emerging media makers. Join us for a conversation about his impact on public media and the field.