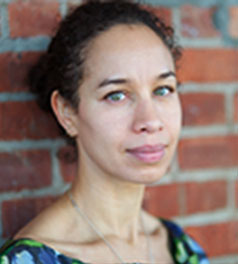 After a long search to fill a key position, the Obama Foundation on Wednesday named a director for the Obama Presidential Center museum, Louise Bernard (GRD ‘05).
She was part of a team developing the exhibits at the National Museum of African American History and Culture on the National Mall. Previously, she was curator of prose and drama for the Yale Collection of American Literature at the Beinecke Rare Book and Manuscript Library at Yale.
“I’m honored to work alongside such a talented team at the Obama Foundation, and to have the opportunity to help guide and shape a museum that is a truly innovative social and cultural institution,” Bernard said in a statement.
Bernard (GRD ’05) earned a PhD in African American Studies and American Studies.
Read a full account of the story in the Chicago Sun-Times (May 31, 2017).
Wednesday, May 31, 2017