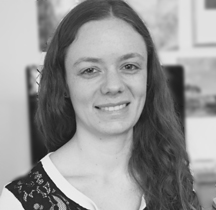 Lucy Caplan, a PhD student in African American Studies and American Studies at Yale University, has been awarded the distinguished 2016 Stephen and Cynthia Rubin Institute for Music Criticism prize. The award was announced by the San Francisco Conservatory of Music this week. Caplan was selected by a prominent panel of national music critics for demonstrating promise in music criticism. The Rubin Prize awards $10,000 to support further study in music criticism over a two-year period.

Caplan’s dissertation project at Yale focuses on opera and African-American culture during the late nineteenth and early twentieth centuries. She is currently a graduate fellow at Yale’s Beinecke Library, where she is working on an exhibit about the Harlem Renaissance.