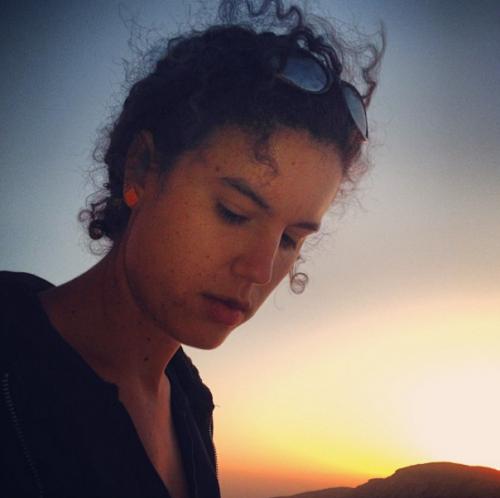 Poet Claire Schwartz (African American Studies PhD candidate) interviewed poet Jayy Dodd for the LA Review of Books. An excerpt from the piece is copied below.

dodd is a writer and editor uninterested in boundaries charted by the white literary establishment. In their sonically attuned and formally rigorous poetry, dodd navigates the conditions of the poem’s construction — “every poem is a death & each stanza an economy / built on an ocean floor covered in bones,” they write in “ars poetica” — while documenting the pleasures, violences, foreclosures, and possibilities of their own black trans femme presence. On Twitter, they post selfies, offer takes on RuPaul’s Drag Race, lift up the work of other black writers, and rebuke white supremacy and transmisogyny.

dodd’s work has appeared or is forthcoming in Guernica, the Nashville Review, Teen Vogue, Winter Tangerine, and elsewhere. They are the author of [sugar in the tank] (Pizza Pi Press, 2016), Mannish Tongues (Platypus Press, 2017), and The Black Condition ft. Narcissus (Siren Song/CCM Press). They are a co-editor of Bettering American Poetry and a 2017 Lambda Literary Fellow. We spoke on Skype.

CLAIRE SCHWARTZ: You tweet, you write essays, and you’re a poet. Do you feel like Mannish Tongues is changing how people make their way to your work?

jayy dodd: I’m very blessed with how the book has shifted whatever one can understand as a profile. I don’t know what fame means as a qualitative thing, but I have consistently understood that I have an audience of some sort. I try to always be accountable to that. The size of my audience never really mattered to me. My parents are both ministers, so I believe that “where one or two are gathered, the lord will be revealed.” That’s a way of saying: where anyone is, the truth can happen. Whether I have an audience of five hundred or an audience of two — or now almost five thousand — I’m going to keep on being my best.

Read the entire piece by Claire Schwartz, “An Interview with Jayy Dodd,” at https://lareviewofbooks.org/article/an-interview-with-jayy-dodd/