Congratulations to All of Our Graduates! 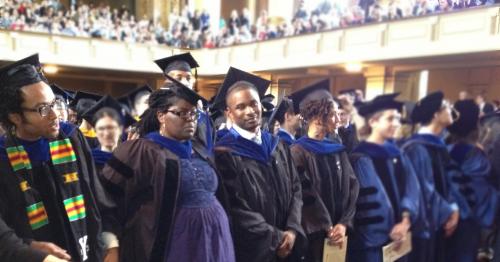 The Department of African American Studies will join with affiliated departments to confer the combined Ph.D. on the following graduate students, Monday, May 20,
2013:

Undergraduate majors in the Department of African American Studies will receive their Baccalaurate degrees during Commencement, May 20, 2013:

ALL THE BEST TO EACH OF YOU!