Daphne A. Brooks on Writing Liner Notes and What She Would Like to See in Solange’s Archive 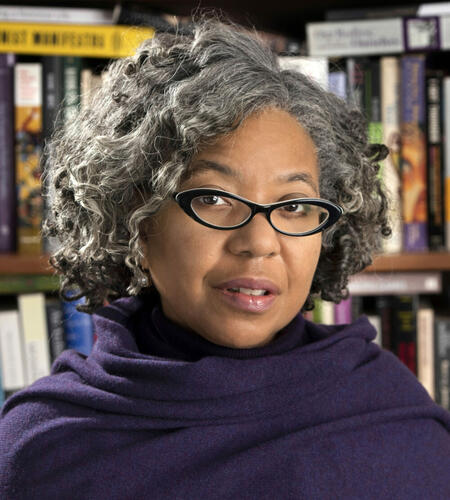 “Sometimes, it feels like I’ve been writing this book all my life,” says Daphne A. Brooks, author of the recently released Liner Notes for the Revolution: The Intellectual Life of Black Feminist Sound. Brooks, a Yale professor who previously wrote Bodies in Dissent and the 33 1/3 book on Jeff Buckley’s album Grace, grew up in the San Francisco Bay Area during the 1970s and 1980s, where she developed an affinity for both rock music criticism and Black feminist literature. “I’m a Black Gen Xer who was bequeathed this landscape of post Civil Rights integrationist culture, at least, on the one hand,” she explains, “even if that’s accompanied by racial retrenchment politics of the Reagan/Bush era and beyond.” Read More