Eli Anderson: “What Caused Ferguson riot exists in so many other cities, too” 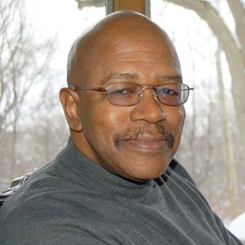 “SWAT teams and angry protesters clashed in a small St. Louis suburb for a third day Tuesday, following the death of unarmed black teenager Michael Brown. The eruption of protests and violence has been a long time coming. While I certainly do not condone rioting, examining the conditions surrounding Brown’s death — and the deaths of several other unarmed black men killed by law enforcement recently — makes clear that community reactions like those in Ferguson, Mo., are bound to happen. America has continued to isolate poor black people in economically depressed neighborhoods under increasingly oppressive police tactics that breed distrust and hostility.

“Ferguson has suffered from “white flight” in recent years, leaving pockets of structural poverty and deeply alienated black people. The once predominantly white suburb now is 65 percent black. Poverty afflicts 22 percent of residents, twice as many as in 2000, according to the Census Bureau. Ferguson’s story isn’t uncommon in the United States. Authorities often see fit to heavily police towns with growing black and poor populations, to surveil them, and occasionally to harass them in the name of a “broken windows theory” of policing, banking on such methods to control crime. The broken windows theory, promulgated by James Q. Wilson, holds that where there is urban disarray, there is crime. Wilson argued that cleaning up trash and fixing broken windows — but also quickly policing deviants and miscreants for even small-scale crimes — would lessen crime overall. The thinking was that by taking care of the small stuff, you won’t face as much big stuff. The theory caught on, and authorities began to use it all over the country. For example, Mayor Rudolph Giuliani and police commissioner Bill Bratton employed this theory in New York City, and it seemed to reduce crime. But increased “stop-and-frisk” incidents — which allow officers routinely to stop sometimes law-abiding citizens in search of illegal drugs, firearms or other criminal possessions — resulted in ever greater tension between communities of color and police, and in ever larger numbers of minority men being incarcerated.

“The use of “broken windows” policing meant, ​in practice, increasing harassment of young black men. This sort of harassment is doing as much to breed hostility as to prevent crime.”