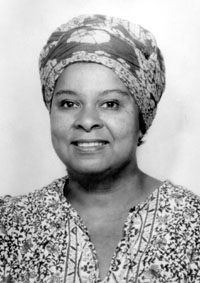 The 2014 Sylvia Ardyn Boone Prize has been awarded to two degree recipients:  Kristin Graves (Fren/AFAM) for her essay, “Mapping La Belle Creole,” and Anna Kesson (HSAR/AFAM) for her essay, “Threads of Empire: The Visual Economy of the Cotton Trade in the Atlantic Ocean World, 1840-1900.”

The Sylvia Ardyn Boone prize recognizes the best written work by a graduate student on African or African-American art.  It is awarded jointly by the Departments of African American Studies and History of Art.

The prize is given annually in the memory of Sylvia Boone, a noted scholar of African art, who was the first tenured African-American woman on the Yale faculty.  Vera Wells, Yale ’71, established the prize to honor Sylvia Boone’s life and work.