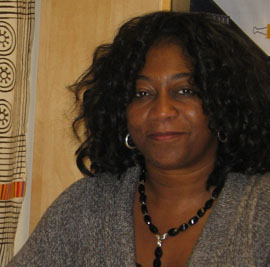 Kamari Maxine Clarke of Yale’s Department of Anthropology was recently awarded a highly competitive National Science Foundation (NSF) grant in the amount of $260,000 for her project, titled “The International Criminal Court, Africa, and the Pursuit of Justice.”

Co-funded by the NSF Cultural Anthropology program and the Law and Social Sciences program, the grant provides support for three years of research on three continents. Clarke will study the controversies over the International Criminal Court (ICC) in Africa.
Clarke intends to apply her theory of “affect” to international law-making in general and the African response to ICC actions in particular. A recent development in the field of social science, the theory holds that structures of feelings deeply embedded in the culture and history of a society play a significant role in how members of that society respond to political decision-making – especially in postcolonial contexts. The theory brings together private, interior, individual emotions and “public sentiment” as factors that together shape the shared imagination of a people and influence how individuals articulate their own sense of self.