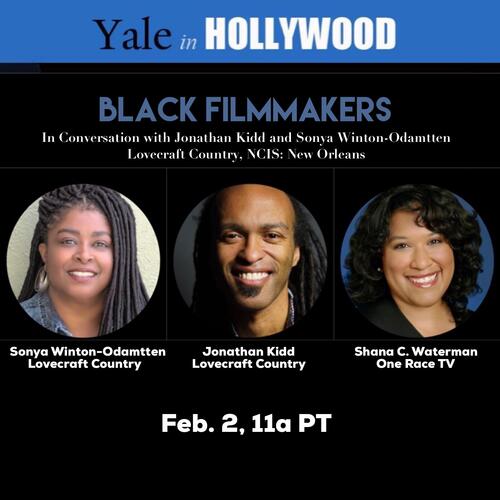 Yale in Hollywood - Black Filmmaker Series: In Conversation with Yalie filmmakers Jonathan Kidd and Sonya Winton-Odamtten on Tuesday Feb 2nd, 11a-12p PT / 2p-3p ET. Jonathan and Sonya will share their paths from Yale - where they both received doctorate degrees in African American Studies - to Hollywood and getting into the business. They will also share their experience Co-Executive Producing the popular HBO drama series Lovecraft Country, which just completed its successful first season with critical acclaim and record viewership of its season finale. They will also discuss the role of media and entertainment and representation, as well as their new producing deal with HBO and other upcoming projects. Moderator: Shana C. Waterman, Head of Television at One Race TV.