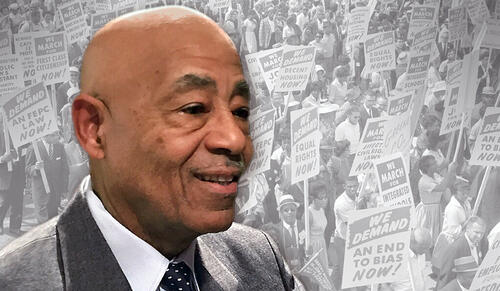 Growing up in a predominantly white community in Illinois in the 1950s, Gerald Jaynes dreamed of racial equality in the United States long before he even knew who Martin Luther King Jr. was.

But it wasn’t until the future Yale professor was a young Army soldier stationed in the U.S. South that he experienced blatant racial discrimination, he said. The experience gave him a deep appreciation of the struggles King faced in his quest for racial equality and a new reverence for the civil rights icon’s efforts to create a more just America.