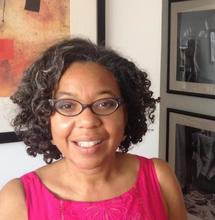 Daphne A. Brooks is William R. Kenan, Jr. Professor of African American Studies, American Studies, Women’s, Gender, and Sexuality Studies, and Music at Yale University. She is the author of Bodies in Dissent:  Spectacular Performances of Race and Freedom, 1850-1910 (Durham, NC: Duke UP, 2006), winner of The Errol Hill Award for Outstanding Scholarship on African American Performance from ASTR; Jeff Buckley’s Grace (New York: Continuum, 2005) and Liner Notes for the Revolution: The Intellectual Life of Black Feminist Sound (Harvard University, February 2021).

Brooks has authored numerous articles on race, gender, performance and popular music culture, such as “Sister, Can You Line It Out?:  Zora Neale Hurston & the Sound of Angular Black Womanhood” in Amerikastudien/American Studies, “‘Puzzling the Intervals’: Blind Tom and the Poetics of the Sonic Slave Narrative” in The Oxford Handbook of the African American Slave Narrative, “Nina Simone’s Triple Play” in Callaloo and “‘All That You Can’t Leave Behind’: Surrogation & Black Female Soul Singing in the Age of Catastrophe” in Meridians. She is also the author of the liner notes for The Complete Tammi Terrell (Universal A&R, 2010) and Take a Look: Aretha Franklin Complete on Columbia (Sony, 2011), each of which has won the ASCAP Deems Taylor Award for outstanding music writing, and her liner notes essay for Prince’s Sign O’ The Times deluxe box set was published in fall of 2020. She is the editor of The Great Escapes:  The Narratives of William Wells Brown, Henry Box Brown, and William Craft (New York:  Barnes & Noble Classics, 2007) and The Performing Arts volume of The Black Experience in the Western Hemisphere Series, eds. Howard Dodson and Colin Palmer (New York: Pro-Quest Information & Learning, 2006). From 2016-2018, she served as the co-editor of the 33 1/3 Sound: Short Books About Albums series published by Bloomsbury Press. She is the co-founder and co-director of Yale University’s Black Sound & the Archive Working Group, a 320 York Humanities Initiative. Her writing has appeared in The New York Times, The Nation, The Guardian, Pitchfork.com(link is external) and other press outlets.

Brooks is currently editing an anthology of essays forthcoming from Duke University Press and culled from Blackstar Rising & The Purple Reign: Celebrating the Legacies of David Bowie and Prince, an international 3-day conference and concert which she curated.

Bodies in Dissent: Spectacular Performances of Race and Freedom, 1850-1910