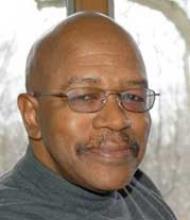 Elijah Anderson is the  Sterling Professor of Sociology at Yale University. He is one of the leading urban ethnographers in the United States. His publications include Code of the Street: Decency, Violence, and the Moral Life of the Inner City (1999), winner of the
Komarovsky Award from the Eastern Sociological Society; Streetwise: Race, Class, and Change in an Urban Community (1990), winner of the American Sociological Association’s Robert E. Park Award for the best published book in the area of Urban Sociology; and the classic sociological work, A Place on the Corner (1978; 2nd ed., 2003). Anderson’s most recent ethnographic work, The Cosmopolitan Canopy: Race and Civility in Everyday Life, will be published by WW Norton in March 2011.

Dr. Anderson has served on the Board of Directors of the American Academy of Political and Social Science and is formerly a vice-president of the American Sociological Association. He has served in an editorial capacity for a wide range of professional journals and special publications, including Qualitative Sociology, Ethnography, American Journal of Sociology, American Sociological Review, City & Community, Annals of the Society of Political and Social Science, and the International Journal of Urban and Regional Research. He has also served as a consultant to a variety of government agencies, including the White House, the United States Congress, the National Academy of Science and the National Science Foundation. Additionally, he was a member of the National Research Council’s Panel on the Understanding and Control of violent Behavior.

The Cosmopolitan Canopy: Race and Civility in Everyday Life

Streetwise: Race, Class, and Change in an Urban Community

Code of the Street: Decency, Violence, and the Moral Life of the Inner City

Being Here and Being There: Fieldwork Encounters and Ethnographic Discoveries

Against the Wall: Poor, Young, Black, and Male

A Place on the Corner: Fieldwork Encounters and Discoveries