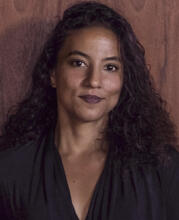 Hinton’s research focuses on the persistence of poverty, racial inequality, and urban violence in the 20th century United States. She is considered one of the nation’s leading experts on criminalization and policing.

Hinton’s most recent book, America on Fire: The Untold History of Police Violence and Black Rebellion Since the 1960s (Liveright), examines the persistence of systemic racism and one of its primary consequences: the so-called urban riot. Taking readers on a troubling journey from Detroit in 1967 to Miami in 1980 to Los Angeles in 1992 and beyond, Hinton draws on untapped sources to offes a critical corrective: the word riot was nothing less than a racist trope applied to events that can only be properly understood as rebellions, or explosions of collective resistance to an unequal and violent order. The central lesson from these eruptions—that police violence invariably leads to community violence—continues to escape policymakers, who respond by further criminalizing entire groups instead of addressing underlying socioeconomic causes. The results are the hugely expanded policing and prison regimes that shape the lives of so many Americans today.

Hinton’s articles and op-eds can be found in the pages of the Journal of American History, the Journal of Urban History, The New York Times, The Washington Post, The Atlantic, The Boston Review, The Nation, and Time. She also coedited The New Black History: Revisiting the Second Reconstruction (Palgrave Macmillan) with the late historian Manning Marable.

America on Fire: The Untold History of Police Violence and Black Rebellion Since the 1960s